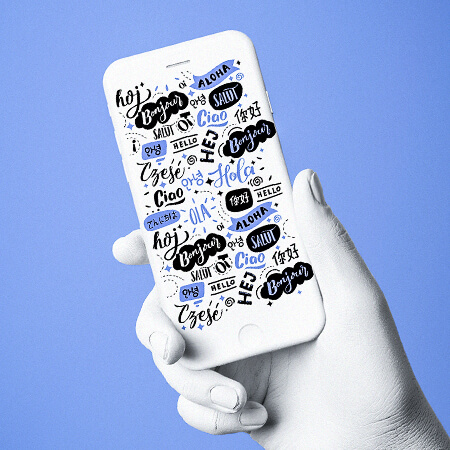 The Most Popular Online Language

Share
The most popular online language was the first thing that I started to research when I signed up to write articles for MotaWord. A global human translation platform with a twist. It is actually an AI coordinating their over 15 thousand strong translator base.

You might ask why. And to answer, one of my favorite quotes come to mind::
“Because that’s where the money is.”  - Willie Sutton, bank robber, when asked why he robs banks.
Understanding what language internet users speak and the economic potential each language represents will empower you to increase your bottom line. Localizing your website across multiple languages, across borders will help you maximize your profits. Or you could leave that money on the table. On that topic, I would highly recommend that you read a previous article written by a colleague of mine titled; “Why should you run your website localization project on MotaWord?”
Back to our search on the most popular online language… Can you guess how many countries have a population that speaks the German language? Probably no. Well, I couldn’t either and that is why you should read on and find the answer.
Factoid: There are 22 countries and locales where the German language is either the main or one of the recognized official languages. But wait, there are a further 10 countries in which the German language is used by a significant subset of the population. This brings the number to 32 locales. Languages spread to other countries and regions for various reasons including colonization, trade, and conquest. For a full list of all those countries that speak German language you can see the link.
It is higher than you thought it would be right? So in my quest to look for the most popular online language I came across quite a few of these little factoids. I will not shy away from dropping them as necessary.
But the answer to the “What is the most popular online language?” is not German. It is another Germanic language. You guessed it right. It is in English. The English language is the most popular online language and the lingua franca of the internet.
Look at these numbers:
Online language users in millions (Source: statistic.com, as of Mar. 2017)

You can see the lead English language has over even Chinese. But, that being said, the savvy business people do not only see English as the clear winner when they look for the most popular online language.

They see the runner-ups and also see that a simple act of website translation into the 3 following popular online languages can add over 1 billion visitors to their potential reach.

Let me leave you with another of my favorite quotes:

“Skate to where the puck is going, not where it has been.” - Wayne Gretzky, Hockey Hall of Fame member.

Keep the most popular online language in mind. But, get your site, content and market research material translated through global online providers like MotaWord that can support you all through the way.

This article is originally written in English, however, it will promptly be translated into Chinese, Spanish, Arabic, Portuguese, Japanese, Russian, French, German, Hebrew, and Turkish.

I will leave you with this funny video of Hamilton translated back into English using Google Translate.